Fabergé Objects on the Market 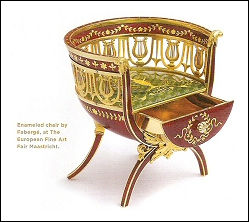 Enameled Chair by Fabergé will be exhibited
by Wartski of London at The European Fine Art
Fair in Maastricht, The Netherlands,
March 3-16, 2008.
(Courtesy TEFAF Maastricht) 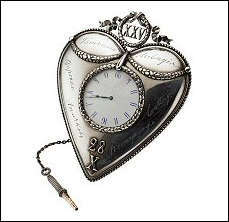